SMA NEWS – DOMINICAN
The Dominican Republic’s Environment Minister Orlando Jorge Mera was shot and killed in his office on Monday, the office of the president said.

Mr Jorge Mera’s close friend Miguel Cruz was later arrested at a nearby church. Authorities said he told a priest he committed a crime and handed over a gun to him.

Officials gave no motive for the shooting of Mr Jorge Mera, whose father was a former president of the Caribbean nation.

“We express our deepest condolences,” the office of President Luis Abinader said.

Shots were heard late on Monday morning, with people on the street yelling and taking cover, AP reported.

Mr Cruz had promised at the church to turn himself in if they guaranteed he would not be killed, authorities said.

Heavily armed police officers took him into custody at the church, which is about a 15-minute drive from the office where Mr Jorge Mera was shot.

When he was brought out, Mr Cruz was wearing a helmet and bulletproof vest and kept his head mostly down as the glasses he wore slid slightly down his nose. 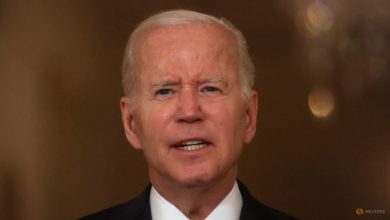