SMA NEWS – MOSCOW
Turkish President Recep Tayyip Erdogan has said he will discuss developments in Syria with his Russia’s President Vladimir Putin, during his visit to Russia on Friday.

Mr Erdogan said meetings between Turkish and Russian delegations at the Russian Black Sea resort of Sochi had been fruitful.

Sitting opposite Mr Putin ahead of their talks, Mr Erdogan said it was important that the Akkuyu nuclear plant being built by a Russian company in southern Turkey was completed on time.

Mr Erdogan is riding high from the diplomatic success of helping to orchestrate the resumption of Ukrainian grain shipments across the Black Sea. This is his second meeting with Mr Putin in just over two weeks.

But there are tensions. The Turkish leader was told by Mr Putin in Tehran last month that Russia remains opposed to any new offensive that Turkey might be planning against Kurdish militias in northern Syria.

Analysts believe these strains form part of the “competitive co-operation” that has defined the two leaders’ relationship over the past 20 years.

“Russia’s war on Ukraine has restored Turkey’s self-image as a key geopolitical player and given Erdogan more visibility than at any time in the last few years,” Asli Aydintasbas, a fellow of the European Council of Foreign Relations think tank wrote in a report last week.

“Most Turks support their country’s balancing act and quasi-neutral position between the West and Russia.”

Attempts by Nato member Turkey to remain neutral in the face of Moscow’s standoff with the West over Ukraine are starting to pay off.

The first ship from Ukraine stopped for inspection in Turkey on Wednesday. Three more are expected to set sail on Friday under the deal aimed at relieving a global food crisis caused by the war.
Mr Erdogan is threatening to invade northern Syria to establish a buffer zone that pushes out Kurdish groups he links to groups waging an insurgency against the Turkish state.

Mr Putin told Russian media in Tehran that he still had “certain disagreements” with Mr Erdogan about Syria.
Mr Erdogan has added to the intrigue by telling his Cabinet that Mr Putin asked him in Tehran to start selling Bayraktars to Russia. 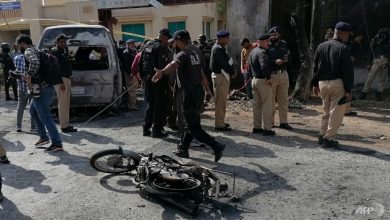