[su_label type=”info”]SMA News – Agencies [/su_label][su_spacer size=”10″] The United States still aims to cut Iran’s oil sales to zero and does not expect restored oil sanctions against Tehran to have a negative impact on a market that is well-supplied and balanced, a senior U.S. official said on Monday.
U.S. special envoy for Iran Brian Hook was talking to reporters after a visit to India, a major importer of Iranian oil, and talks with officials from France, Britain and Germany before the start of a new round of U.S. sanctions on Nov. 4 targeting Iran’s energy sector and financial transactions.
The three European countries have been trying to save the 2015 nuclear deal between Tehran and multiple global powers since U.S. President Donald Trump announced in May that the United States would withdraw from the pact.
In a conference call from Luxembourg, where Hook was meeting European officials, he said Iran used oil revenue to support and fund terrorist proxies throughout the Middle East, including in the proliferation of ballistic missiles.
The U.S. goal is for countries to cut imports of Iranian oil to zero as quickly as possible, Hook said.
“We are working with countries that are reducing their imports to ensure that this happens,” he said.
Hook declined to answer questions on possible waivers on sanctions for countries that are reducing their imports or whether the United States would target the SWIFT international payments messaging system.
But he said Washington was confident that energy markets would remain stable.
“We are seeing a well-supplied and balanced oil market right now. We should focus on these fundamentals and not be distracted by the emotional and unbalanced claims coming from Tehran.”
Iran, the third-largest producer in the Organization of the Petroleum Exporting Countries, has said its oil exports cannot be halted because of high demand in the market.
“Stopping Iran’s oil export is impractical,” Iranian Foreign Ministry spokesman Bahram Qasemi told a weekly news conference on Monday. “Certainly, America will not achieve its goal … our oil exports will continue.”
Iran pumped 3.45 million barrels per day in September, OPEC said last week, down 150,000 bpd from August. Production dropped below 2.7 million bpd under previous sanctions that were lifted following the 2015 nuclear deal.
Washington, meanwhile, plans to continue coordinating with oil producers and maintaining U.S. supply.
“Our crude oil production increased by 1.65 million barrels in August compared to one year ago and that is expected to continue rising by as much as 1 million barrels a day within the next year,” Hook said.
Hook also said European efforts to create a special-purpose vehicle (SPV) for trade, including oil, with Tehran by November would struggle to gain traction.
“That vehicle sends the wrong message at the wrong time,” he said. “From what we’ve seen this SPV seems to want to create supply but we don’t see much demand for it when you look at well over 100 companies that have already made clear they are leaving.”
October 16, 2018Last Updated: October 16, 2018
0 0 2 minutes read
Facebook Twitter LinkedIn WhatsApp Telegram Viber Line Share via Email Print 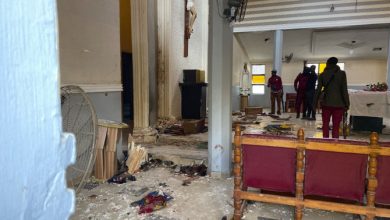