Ukraine, Western countries and the United Nations secretary-general have denounced the move, which represents a major escalation in the war that began on February 24.

“This is the will of millions of people,” he said in the speech before hundreds of dignitaries at the St George’s Hall of the Kremlin.

The signing ceremony comes three days after the completion of Kremlin-orchestrated “referendums” in the four regions, which are largely or partly occupied by Russian or Russian-backed forces.

Moscow’s proxies in the occupied regions have claimed majorities of up to 99 percent in favor of joining Russia. Western governments and Kyiv have dismissed the hastily organized votes as breaching international law, and charged they were coercive and wholly unrepresentative.

Earlier on Friday, the Kremlin warned that Ukrainian attacks against any of the annexed regions would be considered aggression against Russia itself. In his speech, Putin said Russia would defend its new territory with all the means at its disposal.

The exact details of Russia’s annexation remain unclear but it appears that Russia is laying claim to about 109,000sq km (42,000sq miles) of Ukrainian territory, or about 18 percent, in addition to Crimea, which Russia annexed in 2014.

If Russia could establish control over the whole area it claims, Putin would have annexed about 136,000sq km (52,510sq miles) or more than 22 percent of Ukraine, whose borders Russia recognized in a treaty after the fall of the Soviet Union.

On Thursday, UN chief Antonio Guterres told reporters that “any decision to proceed with the annexation of Donetsk, Luhansk, Kherson and Zaporizhia regions of Ukraine would have no legal value and deserves to be condemned”.

He called the annexation a “dangerous escalation”.

Moscow has already taken a series of steps in what observers call efforts to “Russify” the annexed regions, a process that is most advanced in the occupied parts of Donetsk and Luhansk, where it has handed out hundreds of thousands of Russian passports to residents since 2019 and almost completely replaced Ukraine’s hryvnia currency with the Russian rouble.

In the occupied areas of all four regions, access to Ukrainian TV and mobile phone networks has been cut and only Russian channels and telecoms providers are available.

Schools previously teaching the Ukrainian curriculum are being forced to adopt a new Russian one. 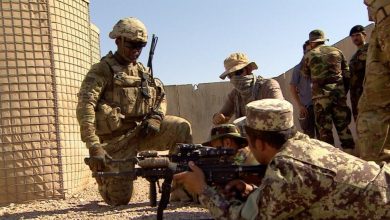 US and Nato start to formally withdraw troops from Afghanistan 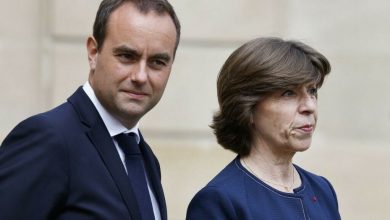