SMA NEWS – JERUSALEM
At least 15 people were wounded in two separate explosions targeting bus stations in Jerusalem on Wednesday (Nov 23), security and medical officials said, with Israel’s public security minister calling them “attacks”.
An explosion at a bus station at the western exit from Jerusalem wounded 12 people, two of them critically. A separate blast at another station a short distance away damaged a bus and wounded three people, the hospitals treating the casualties said.
The twin explosions struck half an hour apart, police said, noting sappers were at the scene with other forces “collecting evidence and scanning the area for suspects”.
An AFP photographer at the scene said the blast had ripped a hole through a metal fence behind the bus stop, with an electric scooter and a hat lying on the ground.
The photographer said the second blast had torn through the side of a bus.
The Shaare Zedek hospital said it was treating six people who were wounded in the first explosion, two of them in critical condition, two seriously wounded, and two lightly wounded.
Hadassah medical centre said it was treating six people from the same blast, one moderate and five lightly wounded, and another three people lightly wounded in the second explosion.
Public Security Minister Omer Bar-Lev said he spoke with the police chief and was “briefed on the two attacks in Jerusalem”.
Defence Minister Benny Gantz was holding consultations with the head of the Shin Bet internal security agency and senior military officials, his office said.

Yemen calls for a new European approach to resolving the crisis 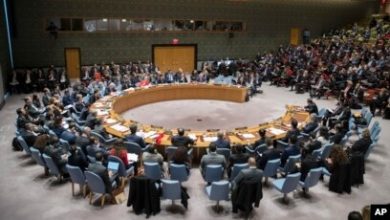 More Than 20 Injured in Gaza Blast