“The Qataris detained the vessels, threatened to use weapons and prevented Bahraini crews from contacting the operations room, without regard to their affiliation to the Bahraini Coast Guard as an official entity,” the ministry said, according to state media.

Bahrain said the Qatari boats did not carry a flag or identification, as required by international norms.

“The state of Qatar has persisted in detaining Bahraini fishing boats for long periods and prosecuting those on board,” the ministry said.

Bahrain said it would report the incident to the Gulf Co-operation Council.

“The Ministry of Interior reiterates its categorical rejection of the insults and threats to its members and their safety, and stresses that the Qatari side bears legal responsibility for all violations against the Kingdom of Bahrain.”

Bahrain, with Saudi Arabia, the UAE and Egypt, cut ties with Qatar in 2017, over its support for terrorist groups.

Houthis blamed for resurgence of infant polio in Yemen 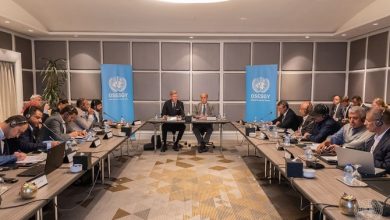