SMA NEWS – RABAT
Dozens of pro-Palestinian demonstrators protested outside Morocco’s parliament Friday against the kingdom’s normalization of ties with Israel after the Jewish state recalled its top envoy from Rabat amid a probe, AFP correspondents said.
Around 100 people chanted slogans against the rapprochement between Morocco and Israel, criticizing its ambassador David Govrin and Moroccan Foreign Minister Nasser Bourita.
Israeli public broadcaster Kan reported Monday that a foreign ministry delegation had been dispatched to Rabat, following sexual abuse allegations against envoy Govrin.
An Israeli diplomatic source confirmed to AFP that Govrin had been recalled while an investigation got underway, without detailing the nature of the probe.
According to Israeli media, the envoy is facing allegations of exploiting Moroccan women, sexual harassment and indecent exposure.
“Today, we are in front of the parliament to protest against the hideous acts” allegedly committed by Govrin, said Amine Abdelhamid, a pro-Palestinian activist against normalization between Morocco and Israel.
“Morocco’s dignity is not for sale, the normalization must end,” he said.
Protesters burned an Israeli flag at the end of the demonstration.
Rabat cut relations with Israel in 2000 following the outbreak of the second Palestinian intifada, but in 2020 Morocco followed the United Arab Emirates and Bahrain in formalising ties with Israel.
The US-backed deal saw Washington recognize Moroccan sovereignty over the disputed Western Sahara territory.
Govrin, 59, served as Israel’s envoy to Cairo before being appointed ambassador to Rabat last year.
Israel’s foreign ministry did not comment when contacted by AFP this week about the probe.
There are also claims of embezzlement and the apparent disappearance of a gift from the Moroccan monarch to celebrate Israel’s Independence Day.
Govrin is currently in Israel and is involved in the ongoing investigation, an Israeli diplomatic source said.
Moroccan authorities have not commented on the matter. 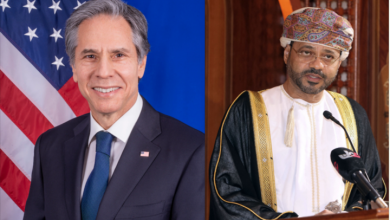