SMA NEWS – JEDDAH
Secretary-General of the Organization of Islamic Cooperation (OIC) Hissein Brahim Taha strongly condemned the despicable act of extremist right-wing activists by burning a copy of the Holy Qur’an in Stockholm, Sweden, yesterday with the Swedish authorities’ permission.
He warned that this provocative act, which was committed by extremist activists, targeting Muslims and insulting their sacred values, constitutes another example of the disturbing level reached by Islamophobia, hatred, intolerance and xenophobia.
The OIC Secretary-General urged the Swedish authorities to take the necessary measures against the perpetrators of this hate crime, calling for intensifying the international efforts to prevent the recurrence of such acts, and for solidarity in the fight against Islamophobia. 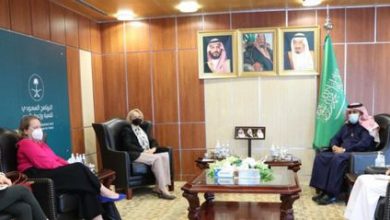