SMA NEWS – SANA’A
The Iran-backed Houthis have abducted 16,804 civilians in territories under their control since the start of their coup against the internationally recognized government in late 2014, a Yemeni rights group said.

The Yemeni Network for Rights and Freedom said in a report that almost two-thirds of the 16,804 abductees were freed or executed by their captors, used as human shields, died in detention due to medical negligence or were used as part of prisoner swaps with the Yemeni government.

The organization said that the Houthis are still holding 4,201 civilians in known detention facilities in Sanaa, Ibb, Dhamar and other Yemeni provinces, in addition to 1,317 people, including 84 women and 76 children, who are believed to have been forcibly disappeared and tortured, though the Houthis deny holding them.

“Those are civilians taken by the Houthi militia from roadways, residences, workplaces, mosques, marketplaces, neighborhoods and other sites,” Mohammed Al-Omada, head of the Yemeni Network for Rights and Freedoms, told Arab News.

“In the report, we excluded military and security personnel, as well as popular resistance fighters who were kidnapped by the Houthis. Based on conversations with former inmates and families of prisoners, our human rights specialists validated each instance.”

Other captives were imprisoned in the former homes of Houthi opponents in Sanaa, including the old residence — now a detention center — of Ali Mohsen Al-Ahmer, the former vice president who fled the capital shortly after the militia invaded the city.

The Houthis have abducted 389 politicians, 464 activists, 340 media personnel, 176 children, 374 women, 512 tribal leaders and social dignitaries, 216 preachers and clerics, 154 academics, 217 students, 96 lawyers and judges in addition to hundreds of medics, government employees, foreigners and traders over the last eight years, according to the organization.

“During interrogation, many inmates endure beatings, abuse and humiliation,” the Yemeni organization said.

“Everyone who speaks to the security personnel in the building or makes any demands, including for medicine or a drink of water, is beaten and tortured, and some of them were tortured to death,” it added. 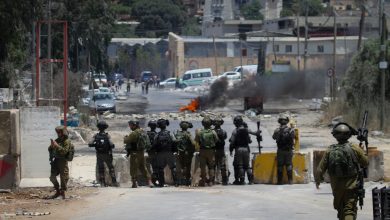 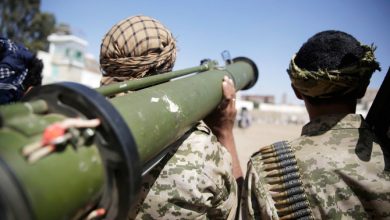