“I was delighted to visit the brotherly Republic of Iraq today (…)  to convey the greetings of the Custodian of the Two Holy Mosques King Salman bin Abdulaziz and HRH Crown Prince Mohammed bin Salman,” Prince Khalid said.

“We discussed the brotherly ties between our two countries and ways to improve the relationship across all avenues,” the Saudi deputy defence minister added.

The two sides also discussed “issues of mutual interests to both our countries,” according to Prince Khalid’s tweet.

“The kingdom will stand by its brotherly Iraqi state,” he added, calling the two countries’ relations an “inexhaustible partnership”, the Saudi Press Agency (SPA) reported. 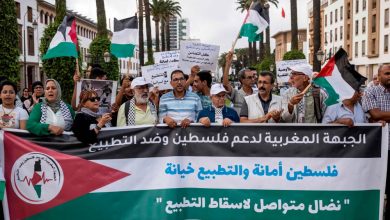