SMA NEWS – ABU DHABI
The Yemeni government announced that the UAE had transferred 1.1 billion Emirati dirhams [about $300 million] to the Central Bank account as an initial payment of the $2 billion Saudi-Emirati deposit.

This came in a press conference for Yemeni Prime Minister Maeen Abdulmalik in the capital city Aden after an exceptional meeting of the Yemeni Cabinet.

“Yesterday, 1.1 billion dirhams were transferred to the account of the Central Bank of Yemen from the United Arab Emirates as an initial payment of the deposit,” Maeen said.

He said, “The Central Bank of Yemen and the Ministry of Finance will sign, next Sunday, with the Kingdom of Saudi Arabia, the framework agreement for the grant, and the arrangement of the deposit file.” He stressed that these “important measures came at an important time and will greatly help in securing the reserves with the Central Bank,” according to the government news agency SPA.

Maeen stated that the Arab Monetary Fund will engage in arranging the Saudi-Emirati deposit of $2 billion, which was announced last April following the formation of the Presidential Leadership Council (PLC) in Riyadh.

“There will not be stability unless there is insurance for all crude oil sources, and we will work to preserve the capabilities of the Yemeni people and preserve the salaries of employees,” he added.

Maeen Abdulmalik pledged to take all measures to secure the oil and economic facilities in accordance with all the options presented, noting that the Houthis attacks have suspended the work of thousands of engineers in the oil sectors.

U.S. imposes fresh sanctions on Syria in push for Assad to end war 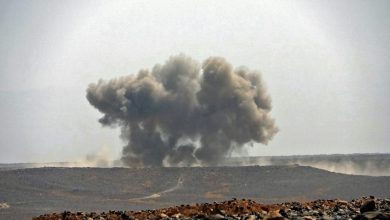