SMA NEWS – NEW YORK
Yemen’s internationally recognized government has agreed to extend the UN-brokered truce for two months, as the global community makes last-ditch efforts to persuade the Iran-backed Houthis to do the same.

An official familiar with behind-the-scenes negotiations said that the Yemeni government is willing to extend the ceasefire by two months and discuss thorny issues, such as opening Taiz’s roads and paying public employees in areas controlled by the Houthis, later.

“The government does not object to the renewal, but it does have some reservations,” the Yemeni government official told Arab News, preferring anonymity. “As such, we would prefer to renew it under the same terms as before and to engage in discussions about the new UN proposal to expand it.”

The UN-mediated ceasefire, which came into force on April 2 and was twice extended for two months, ends on Sunday. The Houthis said last week that they would extend the truce only if the Yemeni government paid public servants in their areas.

UN Yemen envoy Hans Grundberg gave the Yemeni government and the Houthis a fresh draft of a new proposal in an effort to convince them to extend the ceasefire.

It suggested extending the truce for six months; adding Doha, Muscat and Mumbai flights to the Sanaa airport flight schedule; the Houthis initially opening minor roads in Taiz; and the militia paying public employees in areas under their control using fuel sales, with any shortfall being covered by the Yemeni government.

The proposal was met with reservations on both sides. The Houthis demanded that the Yemeni government fully pay public employees in their territory, and also lift the “blockade” of Hodeidah port and Sanaa airport.

The government demanded the Houthis open at least one major road in Taiz, and pay all government employees in Sanaa and other militia-controlled areas.

UK Foreign Secretary James Cleverly on Saturday urged the Houthis not to deprive Yemenis of another chance at peace, accusing the militia of attempting to jeopardize efforts to end the fighting by refusing to comply with the UN Yemen envoy’s bid to extend the truce.

“We call on the Houthis to engage constructively with UN special envoy Hans Grundberg’s efforts to broker an extension to the truce, so that serious dialogue about achieving a peaceful, inclusive and Yemeni-led future can take place,” Cleverly said in a statement.

“Yemen must not return to conflict. The truce expires tomorrow, but the Houthis continue to endanger the talks and deny Yemenis a peaceful future.”

On Friday, UN Secretary-General Antonio Guterres urged Yemen’s government and the Houthis to accept his envoy’s proposal to halt hostilities in the country for longer periods and to engage in talks to reach a long-term peace settlement.

“I strongly urge the Yemeni parties not only to renew but also to extend the truce’s terms and duration, in line with the proposal presented to them by my special envoy, Hans Grundberg,” Guterres said. 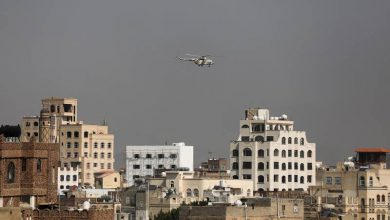