SMA NEWS – LONDON
British experts on Wednesday (Dec 28) said 2022 was set to be the United Kingdom’s warmest on record after a year of heatwaves and minimal rainfall.

The findings come as communities across the globe reel from a catalogue of extreme weather this year including soaring temperatures and drought across Europe that saw crops wither and forest fires ravage swathes of land.

This year had the “highest annual average temperature across the UK, exceeding the previous record set in 2014 when the average was 9.88 degrees Celsius”, the Met Office, the UK’s meteorological authority, said in a statement.

Since 1884 in the UK, each of the 10 years recording the highest annual temperature have occurred from 2002, according to the forecasting body.

“2022 is going to be the warmest year on record for the UK. While many will remember the summer’s extreme heat, what has been noteworthy this year has been the relatively consistent heat through the year,” said Mark McCarthy, head of the Met Office’s National Climate Information Centre.

Every month except December had been warmer than average, he said.

“The warm year is in line with the genuine impacts we expect as a result of human-induced climate change.

“Although it doesn’t mean every year will be the warmest on record, climate change continues to increase the chances of increasingly warm years over the coming decades,” he added.

Most of England and Wales experienced drought this summer after exceptionally high temperatures and heatwaves as well as little rainfall. 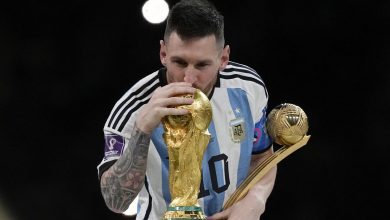