Saudi Arabia’s dynamic diplomacy, efforts and policies that resulted in the implementation of ‘Riyadh Agreement’ on Yemen, was prepared through patience, intensive meetings and finding a deep innovative solution.

Saudi Arabia is committed to making all efforts to improve the lives of Yemenis, and it is the largest donor of aid to its neighbor. The Kingdom has provided more than $17 billion in humanitarian and development aid to Yemen since 2015.

Efforts that Saudi Arabia played are due to the fact that politics and geography are inter-twined because geographical relationships enter into political interests. Nevertheless, the only exception to the prohibition against the use of force in international relations contained in the Charter of the United Nations was the right to self-defense.

Saudi Arabia acted solely based on the principle of self-defense to prevent foreign interference, which seeks to impose a new reality on Yemen by force and stage a coup against the legitimate government and threaten the security of its neighbors and the region.

If we review the nature of Saudi policies in the Yemeni case, specifically after the Houthi militia’s coup against Yemeni legitimacy, the Kingdom did not hesitate for a second to pursue a policy of firmness, since the issue was related to national security, sovereignty and independence of Yemen, as well as Saudi borders.

Saudi Arabia has welcomed the formation of a new government in Yemen following the implementation of the mechanism outlined in the Riyadh Agreement between Yemeni government and Southern Transitional Council (STC).

Saudi leadership seeks peace and progress in Yemen: Riyadh Agreement will move forward to promote stability, putting the interest of Yemenis above all considerations, in addition to different alliances and entities announced by the Kingdom.

Arab Coalition for Supporting Legitimacy in Yemen: Safeguard alliance assists the coalition to support the legitimacy of Yemen to support Yemeni people from the influence of Houthi militias loyal to Iran and its violations.

Saudi Development and Reconstruction Program for Yemen (SDRPY): SDRPY’s short, medium and long-term reconstruction projects boost the economy and renew hope in Yemen; with the goal to help all governorates in Yemen improve their standards of living, increase job opportunities and encourage sustainable peace within a secure and stable environment.

King Salman Humanitarian Aid and Relief Centre (KSRelief): KSRelief’s programs are chosen based upon the eligibility of targeted recipients in selected geographical areas; with the aim to provide humanitarian aid and relief to those in need outside of the Kingdom’s borders. KSRelief distributes food-baskets, emergency kits and blankets to the needy people of Yemen.

The Riyadh Agreement established a new phase of cooperation and partnership, uniting efforts to eradicate the Houthi coup, resume development and construction processes. The agreement has emanated to turn a new page in Yemen’s history so that it lives in security, stability and development.

— The author is a Saudi political analyst specialized in International Relations.

The Islah Party when it blows its feather for nothing 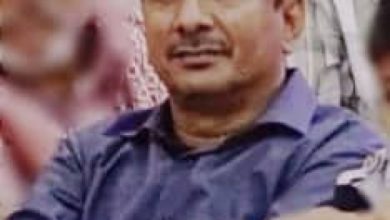 The disgusting farce of Megalo!