SMA NEWS – ADEN THE CAPITAL
Written by\ Khaled Shuba
When will and determination meet, it is easy to achieve wishes and dreams, and that determination grows stronger when it is polished by suffering, and it reaches the peak of persistence when that becomes a choice “to be or not to be”…!
Like others, southern journalists and media workers were affected by what happened to others in the South, and they suffered from fragmentation, disintegration, and collapse, as did other federations, unions, and entities that were an impregnable bulwark and a fortified defender of the legitimate rights of all labor forces in the South.
During the past 30 years of the ill-fated unity, the media in the South remained a prisoner of flattery between silence and reluctance, simulating the reality of the occupied captive land, imitating stones and trees that could not resist the repressive regime of Sana’a, and dealt with all the course of the accursed reality imposed by force and compelled to submit to it between encouragement and intimidation, except rarely, and for us, in the rarity of that is “Al-Ayyam Newspaper” and some free writers who are “model.”
Today, after all this suffering, the press and the media in the South have the right to rebel by media (as described by one of the devils of the word in the North), against the reality that was imposed on them by force, and we have the right, together with the letter and the word, as a matter of (achieving the right to its people) to endorse and support all ideas and proposals aiming to establish a purely southern media framework under which all southern journalists, media members, and all southern media institutions will be shaded without discrimination, an official and recognized framework that adopts our rights, issues, and concerns, and sets solutions and answers to our journalistic and media problems, and through it we strengthen the confidence of the people of the South in us, and through it we express the will of this peaceful people and their aspirations to live in freedom and dignity, in safety, security, stability and peace.

Whispers of the Pen: The Teacher’s Day 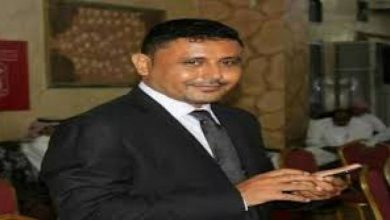 Corruption is the other side of terrorism