“In my pocket, I only have what gets me to and from my university,” this is what the university student Omniah Ahmed Salem told the bus driver at a bus stop in the capital Aden after she was surprised by the driver’s request for an increase of 100 riyals above the usual price.

Omniah stood holding her tear and with the modesty of the world in her eyes, begging with all her heart that the driver would accept the little amount of money she was holding in her hand without asking her for extra charges.

Omniah lives in Buraiqah, she is a student at the Faculty of Science, which is located in Khormaksar district. She incurs the trouble of transportation, in which their prices have become unreasonable for her and spends no less than 2000 Yemeni riyals per day for transportation.

South Yemen citizens live in the shadow of an almost complete collapse of the living system. Successive crises are severing what remains of their hope, in a country that is about to conclude its seventh year of war and conflict.

The oil derivatives crisis and its rise and the impact of transportation prices on it are at the top of the list which is long and does not seem to end until the end of this war.

Experts believe that transportation fees are one of the biggest life burdens that citizens suffer from and the most impact on his daily tasks, and drain about 40% at least of the individual income, (1) in countries where the majority of the population suffers from poverty as a result of a number of reasons, including not receiving salaries for many public sector employees and loosing the main sources of livelihood for many families’.

Transportation price has increased by more than 300%

With what the local currency has been witnessing over the past months in areas under the control of the internationally recognized parity government, a steady decline in its value and causing a surge in the prices of basic goods as well as the scarcity of many of them which negatively affected the remaining sectors.

Since the beginning of the crisis in Yemen, the transportation sector has witnessed many huge changes, especially in Southern regions. The most recent of which was the Aden Oil Company, raising fuel prices to 17,800 riyals (2) for a 20-liter can of petrol in government stations, adding 3,000 Yemeni riyals to the previous price, which was only a few months ago when the oil company raised 2000 riyals to the fuel price. In order for the city to experience a crazy increase in transportation prices, by 300% for the cost of transportation within the districts in one year.

Public bus owners imposed a new price on citizens wishing to travel between districts and go to their work, schools and universities, due to the high price of diesel and petrol at private stations and their absence in government stations.

What exacerbates the problem is that a few weeks have passed since the last increase, as the cost of traveling between districts at the beginning of the year was only 200 Yemeni riyals, before increasing by 100 riyals mid-year, reaching 500 riyals recently after the last random increase, and it is likely to exceed the limits of this amount.

Hadar Jamil from Abyan Governorate, a student at the Faculty of Economics at the University of Aden. Hadar and many of the governorate’s residents walk hundreds of kilometers every day from Zinjibar and its suburbs to study in Aden governorate.

Jamil told “South24” that many students from Abyan governorate “are forced to cancel some of their lectures and reduce the days of attendance at the university for a day or two, in order to reduce and minimize the expenditure pressure of transportation.”

He added, “unfortunately, there are many student in Abyan studying in Aden governorate colleges. Since the beginning of the crisis, many students withdrew from completing their studies. Furthermore, they registered at Abyan Colleges to avoid the crazy expenses they were paying for transportation to Aden.”

Students are the most affected

No one ignores when talking about transportation, the pictures of students studying in different levels, as they are the biggest social class that cannot give up the public transportation on a daily basis. Although employees’ income might be affected in reducing transportation fees, students remain the most needing group for this reduction since they live in difficult conditions where they mainly depend on their families.

Another group of students who were able to find jobs with a relatively fixed salary – in light of the faltering exchange rate – were able to support themselves in bearing the burdens and changes of these conditions. Although some of them have to do some side work to bear the costs of studying, including transportation, this means doing extra work and wasting other studying hours at work. This is for those who were lucky and found a job that would help them in the hardships of life in the city

The role of the transport union

With the increase in the severity of the administrative chaos that some state institutions are witnessing in the areas under the parity government, citizens are wondering about the role of the General Trade Union for Transport, in what is being committed by taxi drivers, demanding local authorities, the General Union and relevant government bodies to reconsider the rise in transportation prices which is a requirement that concerns all citizens.

In the context, a member of the union, who requested anonymity, revealed to “South24” the illegal increase in the transportation fare between the districts and their suburbs and not keeping pace with the distances traveled, stressing that the union obliges its taxis to the official price in accordance with the official oil price and that any increase in other transportations that is not subject to the union, the union is not responsible for.

He stressed that “the union calls on citizens to ride transportation from the main stations in various districts of the governorate and not to ride on buses that operate without legal license, since whoever rides with them helps spread them.”

He stressed that the union is not among its tasks to monitor all transportation, blaming Aden Traffic Department for the randomness and chaos that occurs.

Observers believe that the current chaos and lack of oversight contributed to the greed of drivers who are eagerly waiting for any new dose of fuel in order to raise the price. The victims are always the citizens and the general public, especially the poorer ones and those with limited income.

The “price dose” that entered Yemen into the current war was not the last and it seems that it will not be so in the near future. Rather, the suffering of the citizens, who have been bearing the results of the political war for years and unfortunately will continue to increase, waiting for someone to put an end to everything that has happened and is happening. 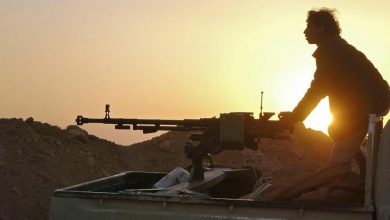 UN Truce in Yemen: Little Opportunities and Much Titubation

Behind the Scenes: Reports Expose the Role of Turkey and Muslim Brotherhood in Smuggling Africans Into Aden