SMA NEWS – SANA’A
Following the National Defense Meeting held in Aden on October 22nd, the Yemeni internationally-recognized government decided to designate the Houthis as a “terrorist organization”. This depends on the articles and criteria of the terrorist organizations included in Arab and international agreements related to this topic. Yemen is one of the countries which ratified these agreements. The designation was pushed by a governmental response to these Houthi attacks against the oil port of Dabba in Hadramout on Friday Oct 21st. The group claimed the responsibility for the operation in a statement by its military spokesman in the same day.

It is not the first time to designate the Houthis as a “terrorist organization”. In January 2021, the US administration designated the Houthis as “a foreign terrorist organization” in the last day of Trump’s tenure despite the warnings related to its humanitarian and economic consequences on the Yemenis. This decision was being reversed by the new US President Joe Biden on February 16th 2021. His administration justified the decision as being a result of humanitarian reasons and to provide a space for the political path. However, the Houthis soon carried out the biggest military escalation in the Marib and Shabwa fronts. The escalation wave began after a pacification period over the last year of Trump’s presidential term.

Moreover, the issue of designating the Houthis was active in the first quarter of this year following the missile and drone Houthi attacks against Emirati civilian facilities and infrastructure. The designation issue then experienced a qualitative move which has revived the international discussions in this regard to float on the surface again. The UAE diplomacy made a big process in the classification issue and extracted Resolution 2524 (2022) from the UN Security Council which condemned the “Houthi attacks” and described it as “a “terrorist group”. In light of this, the Houthis was added to the list of the special UN sanctions in light of previous relevant resolutions. Days later, an Arab League meeting of Arab interior ministers designated the Houthis within the blacklist of the financiers, executors, and masterminds of the terrorist acts. In fact, a number of regional and Gulf countries called on to add the Houthi in the lists of the terrorist groups after the Houthi “hostile” attacks which amount to crimes against humanity and war crimes according to the description some relevant parties.

Regarding the designation of terrorist entities, the governments depend on a number of criteria some of which are included in the internal laws and constitutions related to the counterterrorism in that country. Some of them are carried out by the governments in light of their commitments to the articles of regional and international protocols, charters and agreements. All of these are binding legal references for the governments which signed on them. These references are being activated as they enable the Yemeni government to take the designation decision at the local level. They can be diplomatically promoted to all states which signed on these charters, treaties and protocols to legitimize the approval of these states on this resolution and implement its conditions as well as applying the necessary measures against the Houthis.

The Arab Counterterrorism Agreement signed in Cairo by Arab Interior and Justice Ministers on April 22nd 1989 included tightening sanctions, the punishment for attempted terrorist offenses in addition to freezing and confiscating funds obtained from terrorist crimes. It ratified a number of international agreements which can apply to the Houthi attacks on the International Aden Airport in December 2020 and Dabba port in October 2022. Moreover, there is another reason for designating it as a terrorist group which is the Montreal Convention for the Suppression of Unlawful Acts against the Safety of Civil Aviation and its attached protocol signed in Montreal on May 10th 1984. This is in addition to the United Nations Convention on the Law of the Sea in 1983 as well as its related maritime piracy and port attacks.

Furthermore, there are other agreements which could be relied upon by the Yemeni government in such designation. There is no reason to make one believe there is a lack or doubtness in the classification criteria in comparison to the relevant Houthi acts.

The disruption of the international standards

Away from special biases and the special political situations, there is what can be considered “criteria disorder” from the Yemeni perspective at least. This led to an obvious swing in the international stances and policies related to designating and combating the terrorist groups. For example, the international community listed a number of “Islamic” religious groups as “terrorist” parties while being reluctant to adopt the same stance towards the Houthi which repeatedly claimed responsibility for targeting civilian and vital facilities by suicide drones. Moreover, the Houthis used explosive drone boats, torpedoes to target the ships. They still threaten to target the navigation lanes and straits such as “Bab Al-Mandab”. The danger of these acts goes beyond “motorcycles and car bombs” which led to add a number of groups in the ratified lists of terrorist organizations by the Security Council and the United Nations.

It is important to say that looking neutrally to these paradoxes, and making fair criterion comparisons between the acts of these terrorist-listed groups on one hand and the Houthis on the other hand practically strengthen the designation of the Iran-backed group.

The impact of the designation

The local designation of the Houthis as a terrorist group enables the internationally-recognized government to move forward towards legislating and implementing measures and executive moves to gain internal benefits and returns. This includes procedures that will apply to exchange companies, commercial establishments and businessmen who are proven to be involved in any dealings with the Houthis.

Moreover, the government can resort to a number of moves at the Arab and regional fields. This is in addition to making the necessary pressure on the Houthis by transferring the designation file to the Arab League for voting and approval. Indeed, the Chairman of the PLC, during the latest summit held in Algeria, called on to add the Houthis to the “terrorist” list. [7] Practically, if this happened, it would be hard for the Houthis to travel. Their passports issued from their regions won’t be recognized. Furthermore, they won’t be treated in an official or semi-official way within any country under the umbrella of the Arab League. In case of the occurrence of some transgressions by any country, the Yemeni government will be able to object to them and consider them an obligation breach. Such a move will have ramifications against this country in light of the diplomatic traditions.

Politically, All Arab states will be obliged to deal with the Houthis as any terrorist group and to apply on them the same measures. This includes besieging the financial transfers into the areas under their control and holding their owners accountable. But in case the government’s designation of the Houthis remains at the theoretical level without any diplomatic acts to mobilize for the stances which align with this designation, there will be little optimism about the possibility of making a clear change in the political and military scene. The designation will be just “ink on paper” whose impact does not go beyond the circle of temporary media attention. In this case, the government will be largely embarrassed which deepens its failure.

Currently, regardless of the legal standards upon which the government relies for this designation and whatever is its legitimacy, the government procedures to implement the entitlements related to this designation may be limited in their ability to put the necessary pressure on a group which basically depends on “smuggling and levies”. Moreover, the government will collide with international and UN stances which believe that such designation will have negative consequences on the humanitarian aspects in Yemen as usual.

Since the military aspect is directly related to the political aspect, any military developments will be fully dependent on the political developments. This emanates from a series of tangled international and regional positions in many complicated aspects, especially during the latest period following the Russian-Ukrainian war and its impact on the policies and positions of the international and regional communities till the OPEC+ decision to reduce oil production. This in turn led to shifts in the international stances and policies. This will directly affect the parties of the conflict in Yemen and their representatives or stand behind at the regional level.

On the other hand, the decision to designate the Houthis as a terrorist group by the Yemeni government constitutes a legal basis to build upon as a legitimate framework for any military move if the diplomatic efforts fail to reach the solution. However, this move is only possible with appropriate regional and international conditions.

The Yemeni Government: UN Depends on Fallacies and the Ally Protects Legitimacy 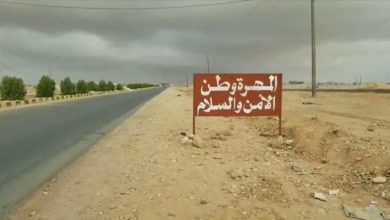 Al-Mahra: Another Theatre of Tussles in the Complicated Yemeni War