SMA NEWS – ADEN THE CAPITAL
Since Sanaa and the majority of governorates in North Yemen were seized by the Houthis, it has been clear that AQAP’s activities in these areas declined during the first couple of years before they completely stopped afterwards.

Simultaneously, AQAP has escalated its “terrorist attacks” in South Yemen’s governorates. This is during AQAP’s weak position in recent years and not in comparison with its prior activities.

Prior to Houthis invasion of Sanaa

Although AQAP was active in Sanaa and other Northern governorates during the reign of former President Ali Abdullah Saleh, the tenure of former President Abdrabbuh Mansur Hadi was completely different as AQAP carried out the biggest and the most dangerous operations in the Yemeni capital despite the unlimited US support during this period.

For example, AQAP carried out its boldest operation on November 15th 2013 when a group of armed men stormed the “Ministry of Defense” compound in the heart of Sanaa in which they stayed for more than 24 hours [1] with an aim to kill the then President Hadi. Its most dangerous operation was breaking into the same central prison and releasing 20 of their members. It was the most dangerous as it included an adventure and complexities. On the one hand, the attackers should have remained alive to release the prisoners and move them to a safe place inside the capital city. On the other hand, the prisoners must be moved to another governorate before being traced and arrested by the security bodies. Surprisingly, the attackers were able to move the liberated prisoners in the same night to Al-Jawf governorate to the north east of Sanaa according to well-informed resources. [2]

The evidence may point at the name of former President “Saleh” as accomplice in such operations, but it is not the main scope of this analysis.

Speaking on operations in Sanaa during Hadi’s tenure, it is important to refer to the numerous operations which targeted a number of political security bodies. Back then, officers who were affiliated with the national security, led then by Saleh’s nephew, were out of AQAP’s operations list. It can be said that such a matter along with the intensified nature of the group’s activities during that era is an important indicator that these operations or part of it were a result of certain directions. Such instructions are not necessarily directly but they may be in the form of facilitating the task by leaking information about the targets. Saleh actually remained capable of managing some tricks for revenge or otherwise. The important thing here is that AQAP’S operations kept the same pace till the last days of Hadi as a President in Sanaa.

Although AQAP carried out operations inside Sanaa during Saleh’s tenure, they were very limited in comparison with its operations in South Yemen.

The following table includes examples of AQAP’s operations in South Yemen at the end of 2010 and the beginning of 2011:

Two soldiers killed in an attack by anonymous armed men in the governorate of Lahj.

Three soldiers injured in an attack by armed men in Abyan.

Two soldiers were killed and others injured in the attack targeting the parade of Shabwa Governor in the governorate.

A number of soldiers were injured in an attack that targeted a security patrol in Laudar district of Abyan governorate.

An intelligence officer in Hadramout was killed by anonymous armed men.

Soldiers were injured in Lahj in an attack carried out by anonymous elements.

Abyan Governor’s brother was killed along with two soldiers in an attack that targeted the Governor’s parade.

5 soldiers killed in clashes with anonymous armed men in the public line between Laudar and Mudiyah.

An intelligence officer and his assistant were injured in Abyan during an attempt to defuse an explosive device in the officer’s car.

A soldier was killed in Fuwah area in the city of Mukalla by anonymous armed men.

The political security commander in Abyan sustained minor injuries by a roadside explosive device that targeted his car.

Two soldiers killed and three injured during a clash with suspected AQAP elements in Abyan.

4 army personnels killed including one officer along with an unidentified armed man in Lahj.

An attack against a military convoy kills 12 soldiers.

Unidentified armed men kill 4 soldiers in a checkpoint in Abyan. [3]

Although AQAP carried out more than one operation in the first weeks after the Houthi seized control of Sanaa, its activity there, like we previously mentioned, declined and then it stopped completely. [4]

First of all, observers attributed this decline or stoppage to the ISIS’s involvement in launching operations against the Houthis in Sanaa in a more bloody and ugly way like what happened in Al-Mahtouri and Al-Hashoush mosques while people were gathering for Friday prayers. [5]

In response to the ISIS attack, AQAP then issued a statement in which it condemned the bombing operations inside the mosques which targeted mixed gatherings (Houthis and others). AQAP then was keen to distinguish itself from ISIS to the extent that it left its active areas and stopped beheading murder. [6]

However, such an explanation does not seem realistic as ISIS just carried out two operations in Sanaa in 2015. In other words, the alleged reason for stopping AQAP’s activities against the Houthis vanished early.

Contrary to that, a source close to AQAP justified the suspension of the group’s activity in Sanaa to the availability of the goals in closer areas which don’t require a security adventure. This means that the Houthis, as a target, are present in Al-Bayda and other governorates which can be easily accessed by AQAP. [7]

He told “South24 Center” that “AQAP is the only party that has targeted the Houthis in Al-Bayda (in central Yemen) since 2014. He noticed that the “Houthis came to AQAP instead of the latter went to them,” according to him.

The source attributed this to the fact that moving between the Northern and Southern governorates became more difficult for AQAP than before.

Saleh is the key word

Although the words of the source who is close to AQAP suggested some reasons, they are actually secondary ones. This is because the security and the military forces affiliated with the Hadi regime were also available in closer areas in an easier and more expanded way. However, AQAP was keen to target the Hadi forces in Sanaa due to the latter’s important position and because the process there had different connotations and impact. [8]

It can be said that former president Saleh was one of the main reasons for AQAP’s inactivity inside Sanaa, especially after his alliance with the Houthis as a de-facto authority in most governorates in North Yemen. It is true that Saleh may have planned for launching a coup against the Houthis, but he didn’t dare to use AQAP against them as did with Hadi for example due to his fear that they could kill him for even mere doubts. Contrary to that, Saleh may have worked to alienate AQAP from Sanaa and other Houthi areas to protect himself and avoid doubtness.

Talking about Saleh’s use of AQAP against his rivals, directly or indirectly, is not a mere guess but a fact based upon strong evidence and information. For example, AQAP would not be able to reach a big number of the political security officers during Hadi’s tenure without receiving intelligence information from within the regime whose most security and military commanders were affiliated with Saleh.

This was not just related to the information but also included providing shelter and protection. Therefore, drones bombed targets in Sanhan district (Saleh’s hometown) for the first time in 2012, especially that the bombing hit Saleh’s village itself. [9]

Accordingly, it is natural that AQAP’s decline to carry out operations inside Sanaa as it lacks the information and the safe haven.

The war in Yemen has revealed a kind of collusion between the Houthis and AQAP. This has emerged in more than one form. It is not unlikely that freezing AQAP’s activities in the Houthi areas is one of these forms.

In detail, the communication between the Houthis and AQAP began prior to the Houthi control on Sanaa and a number of the Yemeni governorates. For example, they contacted each other for releasing detainees from both sides according to our exclusive sources. [10] AQAP released Iranian cultural official in Tehran embassy in Sanaa [11] Ahmed Nakbakht who was kidnapped by AQAP in July 2013. This happened in a swap deal that released a large number of AQAP’s leaders and militants from the Houthi prisons in Sanaa. This deal which was made in March 2015 was not the only one. According to information obtained by the author, there are more than 7 swap operations, between 2014-2022 by which prominent leaders [12] got out from prisons, top of whom was the leader Jamal Al-Badawi who was accused of participating in the operation that targeted destroyer “USS Cole” in Aden’s coasts in 2000. He was killed in an American raid in Marib declared by the then US President Donald Trump in Jan 2019. [13] In 2015 [14], AQAP released the Houthi educator Abd Al-Salam Al-Durani after more than one year of kidnapping him. This was in return for releasing prisoners including leaders. Al-Durani is the uncle of the Houthi leader Mohammed Al-Bakhiti who was appointed by the Sanaa’s internationally-unrecognized authority as a governor of Dhamar. [15]

Away from the topic of deals, our sources confirm that months earlier, the Houthis released more than 80 of AQAP’s elements from their prisons in Sanaa and Ibb governorates and with no return under claims that those who were released “pledges” for not practicing terrorist activities.

Along with releasing prisoners from both parties, AQAP’s prisoners in the Houthi areas enjoy exceptional care. For a group famous for the cruelty with the detainees, such a treatment with AQAP’s prisoners has important connotations for the understanding and coordination between the two parties. Our exclusive resources confirm that AQAP’s prisoners enjoyed special care at the level of food, beverage and detention rooms’ equipment.

Talking about the Houthi relationship with AQAP is not a mere guess through linking the events but they are facts admitted by ISIS in posts seen by the author at that time. ISIS accused AQAP of facilitating passing oil products to the Houthis in Sanaa when it controlled As-Shihr and Mukalla ports in South Yemen’s Hadramout. The accusations were directed by defectors from AQAP in favor of ISIS, or from within AQAP itself. [16]

Since the coordination between AQAP and the Houthis reached this level, it is not unlikely that there was a mutual understanding about the areas of activities. It is important to note that even though AQAP lost the source of information and protection, it is not logical that it is not able to carry out even one operation in the Houthi areas.

As for AQAP which has made Al-Bayda its stronghold during the past years, reaching to Dhamar or Sanaa from this governorate is easier than reaching the city of Aden in which the organization implemented many operations during past years.

This was not limited to AQAP’s decline to target the Houthis but the Houthis themselves stopped targeting AQAP. No operation was monitored within the areas controlled by the Houthis. Beside that, AQAP got out from Wald Rabi’ district in Al-Bayda in central Yemen without fighting. Tribal sources informed “South24 Center” that “what happened in the district in 2021 was like a receiving and delivering operation. On the other hand, ISIS engaged in battles with the group during the military campaign itself and lost all areas which were under its control in the district.

It is important to note that the information delivered by the Yemeni government to the UN Security Council in 2021 [17] about the coordination and collusion between AQAP and the Houthis, attached with the names of released “terrorist leaders” were accurate and based upon real information. However, they didn’t reveal many important information.
SOUTH24 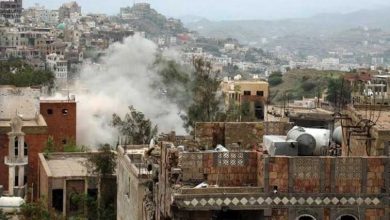 Houthis increase their attacks on government economic and residential areas 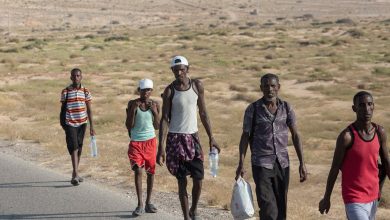