Media person and activist Nasser Ali Al-Awlaki accused the Yemeni legitimate government of refusing the country to settle, otherwise it would implement the Riyadh agreement from the first time as it was agreed upon.
He added in a special statement to ” SMA News ” that the legitimate government wants to keep Yemen in this state of no minimal stability, otherwise it would implement the Riyadh agreement at its time.
Al- Awlaki confirmed that this government is dealing with evasiveness in an attempt to stick to the accusation of the failure of the agreement led by the Southern Transitional Council.
Al- Awlaki indicated that the government cannot afford a homeland by the presence of the elements intruded by the reformist terrorists linked to interests with Qatar and Turkey among its ranks. 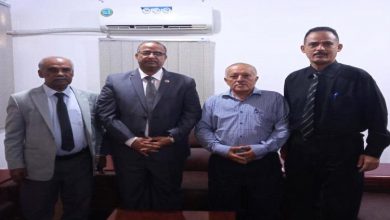