The member of the Presidency of the Southern Transitional Council (STC), head of the Negotiations Affairs Unit, Dr. Nasser Al-Khubaji, received on Wednesday, at the headquarters of the Transitional Council, Mr. Peter Rice, Director of the Office of the Special Envoy of the Secretary-General of the United Nations to Yemen, and Ms. Laura Mitchell, Advisor to the Envoy’s Office on Gender.

The meeting, which was attended by Ali Al-Kathiri, member of the Presidency of the Transitional Council, deputy head of the Negotiations Affairs Unit, and Dr. Najwa Fadl, Chairman of the Supreme Committee for Southern Women, discussed the developments of the political process, the envoy’s ongoing consultations with all political forces, and the ongoing arrangements for a meeting that brings together the envoy with a delegation from the Southern Transitional Council within his consultations to shape a general framework for his action plan for the comprehensive political process.

The meeting reviewed the latest developments in the humanitarian, economic, political and military situation in the South and Yemen, stressing that the economic crises and war in services that the capital, Aden, and the governorates of the South suffer from, in light of the failure of the government to perform its duty towards citizens, will exacerbate the humanitarian crisis and multiply the suffering of the citizens and their deteriorating situation, stressing the need for the United Nations and the international community to play a constructive role in supporting development and reforming economic institutions.

Dr. Al-Khubaji praised the efforts made by the UN envoy to resolve the conflict and his understanding of the situation in the South, praising the efforts and constructive role played by the office of the UN envoy in the capital, Aden.

During the meeting, Dr. Al-Khubaji pointed out that the leadership of the Southern Transitional Council, represented by President Aidarous Al-Zubaidi, pays more attention to dealing with all the efforts of the UN envoy that would produce a comprehensive solution, and in its priority is solving the issue of the people of the South in a way that meets the will and aspirations of the people of the South as a solid basis for reaching a comprehensive and permanent peace.

For his part, Mr. Peter Rice expressed the envoy’s office’s appreciation for the constructive approach taken by the Southern Transitional Council in dealing with the efforts and initiatives of the UN envoy to resolve the crisis, noting that the upcoming political process aims to find a comprehensive solution that accommodates all issues and parties, including the situation in the South, stressing that the Southern Transitional Council is a major party and an active partner in all efforts to settle the political crisis.

Governor of Aden: We have great challenges ahead and we look forward to positive role for media accompanies efforts of local authority in developmental aspects.

According to Directives of President Al-Zubaiadi, the First Commandos Brigade Heads to Al-Dalia 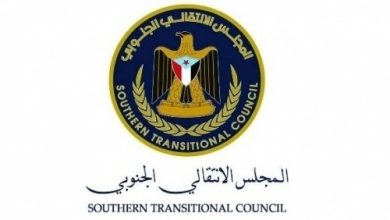