Unidentified gunmen assassinated a soldier of the Shabwani Elite Forces in Azan city way in Al-Houta region of ​​Mayfa’a district of Shabwa.

Eyewitnesses said that gunmen shot the soldier “Moshtaq Bin Nasseeb,” and killed him.

The witnesses added that the soldier, Bin Nasseeb, died directly, while the armed men fled.

The Shabwani elite forces, which had previously contributed to securing the province and defeating terrorism, have become the target of the Brotherhood’s militias since its invasion of the province, and the violations against the elite have varied between assassination, kidnapping, concealment and torture.

The security situation in Shabwa deteriorated, in an unprecedented way, amid the escalation of murders and assassinations, in which gangs of leaders of the terrorist Brotherhood militia controlling the province are involved. 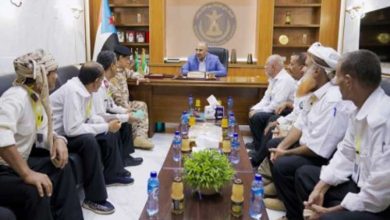