SMA NEWS – GHAIDHA
The popular escalation continued in Al-Mahra Governorate, on Friday, in refusal to the presence of the terrorist Brotherhood militias in the governorate.
Al-Mahra witnessed popular movements, rallies and demonstrations denouncing the Houthi-Brotherhood alliance against the people of the southern governorate.
The demonstrators emphasized that the Brotherhood and Houthi militias are plotting against Al-Mahra Governorate in an attempt to destabilize its security. 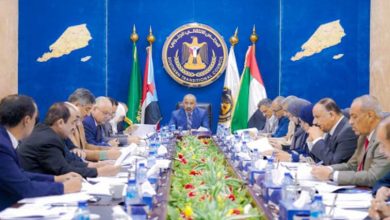