SMA NEWS – ADEN THE CAPITAL
President Aidarous Qassem Al-Zubaidi, the President of the Southern Transitional Council (STC) and Deputy head of the Presidential Leadership Council (PLC) has lauded the immense efforts made by the official brothers in the Kingdom of Saudi Arabia (KSA) and the United Arab Emirates (UAE) to feul the electricity sector in our country.

It took place in a meeting, on Friday evening, with the Minister of Electricity and Energy, Eng. Mane’a Ben Yameen, after signing a agreement on the generous grant of petroleum-based products for fuelling electricity, between the Saudi Development and Reconstruction Program (SDRP) and the Power-sharing government, with a total value of $200 million.

The president highlighted these fraternal contributions that project the strong ties between our country and the KSA, and an extension of the brotherly positions

of the KSA and UAE in standing by our people, as they have been providing the major support to revive the economy and normalize life, pointing out that this grant will contribute to stabilize generating electricity and will positively be reflected on improving the service provided to citizens.

The meeting was attended by Mr. Mansour Zaid Haidra, Undersecretary of the Ministry of Planning and International Cooperation (PIC) in the power-sharing government. 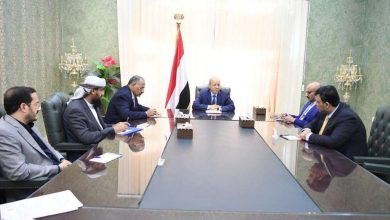 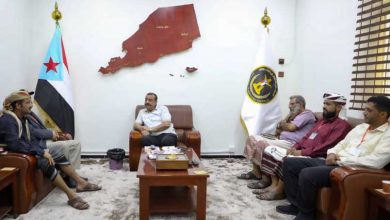