SMA NEWWS – ADEN THE CAPITAL
President Aidarous Qassem Al-Zubaidi, the president of the Southern Transitional Council (STC) and Deputy Head of the Presidential Leadership Council (PLC) on Sunday evening, in the capital Aden, met with Mr. Ali Haitham Alghareeb, head of a component of the Peaceful Movement and former minister of justice who arrived in the capital Aden from the Arab Republic of Egypt, in response to the sincere invitation by the president Al-Zubaidi to all leaders and commanders of the South to return to their southern homeland.

At the beginning of the meeting, the president Al-Zubaidi welcomed the struggler Alghareeb and those accompanying him, lauding his national positions throughout the southern liberating revolution.

The president valued the positive interaction of the leaders of the Southern Movement with the call he made to embody the deep-rooted principle of dialogue as a civilized societal value to settle differences within the framework of the national goal of restoring the independent state of the South with its full sovereignty.

President Al-Zubaidi reiterated the importance of cohesiveness, rapprochement and involving all southerners in the framework of a real national partnership with the various southern forces that deeply believe in independence and restoring the state of the South, and working together to bring victory for the aspirations of the people of the South and preserve the fulfilled gains of their liberating revolution.

For his part, Mr. Alghareeb expressed his happiness to return to the capital, Aden, in response to the kind invitation launched by President Al-Zubaidi due to the latter’s deeply-held belief in the importance of the southern cohesiveness at the current stage, which requires rapprochement and jointing efforts to overcome all conspiracies being hatched against our people and their just national cause.

The meeting was attended by several members of the Presidium of the STC, leaders in the Southern Movement, and military and security commanders. 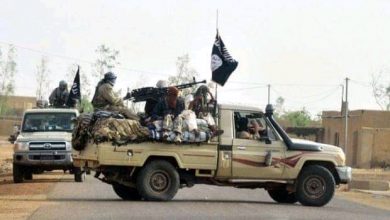