Field sources indicated the arrival of military vehicles in the capital Aden on Sunday, from the Kingdom of Saudi Arabia.
The sources denied entering any force from any party with these military vehicles, as they were accompanied by support forces and the security belt from the city of Zanzibar to the capital, Aden, without any human or military forces with it. The sources indicated that the Arab coalition forces are constantly sending several military vehicles within their arrangements to support and arrange the military forces on the fronts as well as in various security formations. 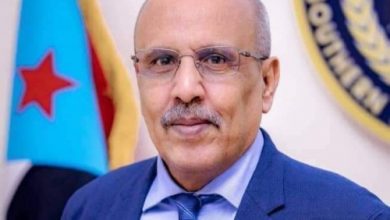 Dr. Al-Khobaji meets the Coordinating Board of the Transitional Council at the University of Aden