SMA NEWS – ATAQ
4 soldiers of the Southern forces, including a commander, were killed in two explosions in Al-Musaina area of Shabwa governorate.

South24 correspondent reported that an explosion using an explosive device took place yesterday evening while a military vehicle of the Shabwa Defense Forces was passing by in Al-Musaina area.

Today’s morning, another explosion targeted a military vehicle of the Southern Giants Forces on Al-Musaina road in Shabwa governorate.

The explosion left one dead and another wounded both from the Southern Giants Forces, according to South24 correspondent.

These attacks come less than a week after a similar attack with an explosive device that targeted the Southern forces in Wadi Oemran, in the center of Abyan governorate.

The attack, which is was claimed by AQAP, left 3 dead and two wounded. 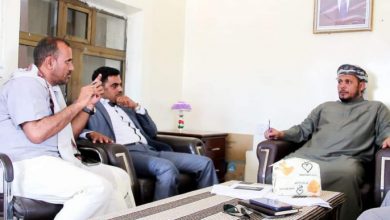