The Technical Committee for Studies and Research held, on Sunday, its periodic meeting headed by

Mr. Fadl Mohammad Al-Jaadi, Deputy Secretary-General of the General Secretariat of the Presidency of the Council.

The meeting reviewed a number of issues and developments on the southern arena, as well as a number of proposals that contribute to developing the work of the committee and enhancing its role in the field of studies and researches.

The meeting reviewed the latest briefing of the Special Envoy of the Secretary-General, Hans Grodenberg, and the report of the Group of Experts on Yemen, and what was discussed about it in the Security Council.

In its meeting, the committee stressed the necessity of coordinating work between the teams charged with providing visions and follow-ups, and monitoring developments, and presenting them to correct and evaluate the political and media performance of the council and presenting proposals regarding them.

The meeting approved the organizing regulations for the tasks and competencies of the Technical Committee for Studies and Research, and determined the work mechanism for it, in addition to setting the dates of the upcoming meetings. 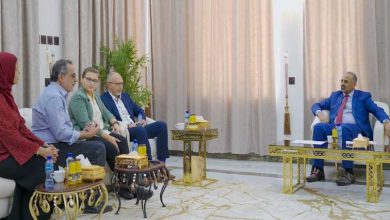 On the 4th Anniversary of “Storm of Determination”, President Al-Zubaidi Delivers a Speech.