SMA NEWS – ADEN THE CAPITAL
Fadel Al-Jaadi, Deputy Secretary-General of the Presidency of the Southern Transitional Council, announced on Thursday from the headquarters of the General Secretariat in the capital, Aden, the launch of an awareness campaign about the dangers of drugs.
During the launch of the campaign, Al-Jaadi expressed the General Secretariat’s keenness to raise awareness of the dangers of this dangerous societal scourge, calling for everyone to participate in the campaign, considering drugs as one of the forms of multiple wars launched against the south and its people.
The campaign includes educating citizens by distributing posters, displaying banners, information about drugs, their punishment, and ways to report their promoters. It begins in the capital, Aden, and extends to the rest of the southern governorates. 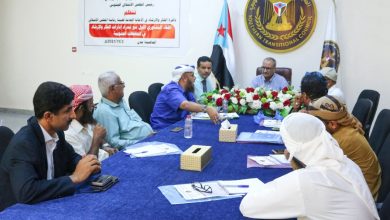