SMA NEWS – ADEN THE CAPITAL
The Presidential Leadership Council, during its meeting with the participation of President Aidaros Al-Zubaidi, President of the Southern Transitional Council, Deputy Chairman of the Presidential Leadership Council, welcomed the UN announcement of the extension of the truce in the country for an additional two months in accordance with the previously announced terms.
The Presidential Council held the international community responsible for obligating the Iranian-backed Houthi militias to fulfill their pledges to open roads between governorates and pay the salaries of employees from the revenues of Hodeidah ports, stressing the need for the terrorist Houthis to commit positively to regional and international efforts, foremost of which is the Saudi initiative to achieve peace and stability, appreciating the Kingdom’s efforts. in reaching an agreement to extend the truce.
The Presidential Leadership Council decided to carry out reforms and amendments in the judiciary, including the Supreme Judicial Council, the Supreme Court, and the Judicial Inspection Authority, to enhance its independence and its role in protecting public order, in order to enhance popular confidence in state institutions. 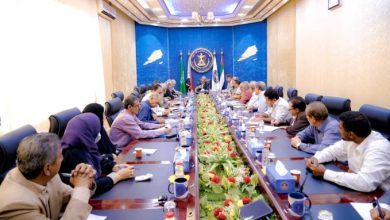