SMA NEWS – RIYADH
Cristiano Ronaldo made an impressive debut for Al-Nassr on Sunday as his new team moved back to the top of the Saudi Professional League with 1-0 win over Ettifaq.
The only thing missing was a goal from the former Real Madrid, Manchester United and Juventus star but he still had a busy evening to keep a packed Mrsool Park happy. The record books will show that Anderson Talisca broke the deadlock with a first-half header but it was all about his team-mate, Ronaldo.
The anticipation and excitement among the fans was audible. Everyone in the stadium always knew where the attacker was at every moment.
Ronaldo’s first real touch was a mis-hit pass but there was nothing wrong with his first shot on goal that came after just eight minutes. Picking up the ball just outside the area, his fierce strike was certainly on target but a deflection off Marcel Tisserand diverted the danger wide.
Six minutes later, the packed arena got a look at one of the greatest sights in the modern game, the five-time Ballon D’or winner on a drive forward. The 37-year-old drove past two defenders but the intervention of a third cleared the danger.
The goal came and while it was not from Ronaldo, the source was a familiar one. Abdulmajeed Al-Sulaiheem’s cross from the left into the six-yard box was perfect. The new signing rose majestically but it was too high, and there was Talisca to finish the job and head home goal number 12 of the season.
The three points are very welcome to give Al-Nassr, 33, one ahead of Al-Hilal who defeated Abha 2-1 earlier. Al-Ittihad are a point further back in third after defeating Al-Feiha.
Ronaldo is in the middle of an exciting title race and on this performance, is going to have a big part to play. 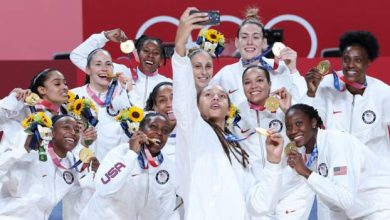