Barcelona have won back-to-back games in La Liga for the first time this season thanks to a hard-fought 3-1 victory away to Villarreal. Barça played their worst match under Xavi and left it very late, but got two goals in the last six minutes and escaped El Madrigal with three crucial points.

Barça changed the game in the final period with an early goal: after a cross from Jordi Alba on the left, Memphis had his shot saved by Rulli but De Jong scored on the rebound into an open net and Barça took the lead just five minutes into the second half.

Villarreal stepped up their pressure after going behind and Barça completely lost their shape. The Blaugrana struggled to keep possession and their defense looked more and more disorganized, and they finally paid for it when Manu Trigueros played a ball over the top, Danjuma got to it before Piqué and Samuel Chukwueze then anticipated Óscar Mingueza and found the back of the net for the equalizer.

The home team continued to dominate in the final 15 minutes and had several really good opportunities to find the winner, but somehow, someway, the winner was scored by the visitors: after a long ball by Ter Stegen was not properly cleared by Pervis Estupiñán, Memphis Depay got to the ball before the Villarreal defense, rounded the keeper and nutmegged the defender at the line to give Barça the lead.

There was still time left for Villarreal to find an equalizer, but Barça made sure of all three points when Philippe Coutinho won a penalty and scored from the spot to make it 3-1. The final whistle came, and Barça have won two games in a row for the first time in the league this season. 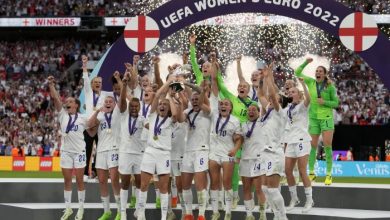