SMA NEWS – BASRA
Iraq defeated Oman 3-2 on Thursday to lift the Arabian Gulf Cup for the first time since 1988, but the match was marred by a crush in the crowd before kickoff that resulted in the death of at least one supporter.
More than 60,000 were in the arena for the clash, and the crush as fans entered the stadium was also responsible for injuring dozens of others.
Ibrahim Bayesh put the hosts ahead in the first half, and the game was drifting towards full time when, with eight minutes remaining, the drama on the pitch began.
Jameel Al-Yahmadi saw his penalty saved by Iraqi goalkeeper Jalal Hachim and it looked like Oman’s chance had gone. But in the eighth minute of added time, Salaah Al-Yahyaei had another chance from the spot and this time there were no mistakes to force extra time.
After 116 minutes, Amjad Attwan scored another penalty to restore Iraq’s lead, only for Omar Al-Malki to head home another equalizer for Oman.
Iraq were not to be denied, though, and Manaf Younis bagged the winner in the 122nd minute of the encounter.
The whole of Iraq got behind the team coached by Jesus Casas. His eventual goal is to introduce a little Spanish style into the play of the 2007 Asian champions. There may not have been much evidence of that in the final, but no one will care if he brings such excitement to the side.
Oman almost took the lead early on from a brilliant solo effort from Al-Yahyaei. The Al-Seeb playmaker collected the ball on the halfway line, cut inside the area from the left while passing three defenders, and his curling shot was pushed away acrobatically by Hachim.
The home team took the lead midway through the first half. Oman failed to clear a throw-in from the right and Bayesh, one of the players of the tournament, picked up the ball outside the right corner of the area and sent a low diagonal shot over the outstretched hand of the diving Ibrahim Al-Mukhaini. It was Bayesh’s third goal of the tournament.
After the restart Oman pushed forward more and more and finally got their chance to level when an Al-Yahyaei dribble met with an Ismael Dhurgam and Mohammed Ali sandwich. Up stepped Al-Yahmadi but Hachim made the save.
The celebrations went quiet when Oman got their second penalty and Al-Yahyaei forced extra time.
Then after 115 minutes of football, Hussein Abdulkareem went down in the area and Attwan scored the resultant penalty to put Iraq 2-1 ahead, only for Al-Malki to level.
Younis grabbed the winner after 122 minutes. The nation held its breath as it was checked for a possible offside. The goal stood and the nation went wild. 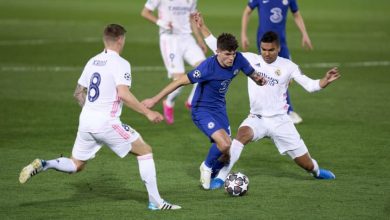