Karim Benzema has scored a first-half winner as Real Madrid edged Athletic Bilbao 1-0 to increase their lead in the Spanish league.

Benzema netted his league-leading 12th goal in the 40th minute to give Madrid a seventh consecutive victory in all competitions, extending their unbeaten streak to 10 matches.

“We played well in the first half but they improved in the second and it was tough in the final 15 minutes,” Madrid goalkeeper Thibaut Courtois said.

Madrid opened a seven-point lead over both Atletico Madrid and Real Sociedad.

Atletico have a game in hand on thier city rivals.

It was Benzema’s eighth goal in his last six matches with club and country.

Athletic, sitting in eighth place with 20 points from 15 matches, are winless in straight league matches. 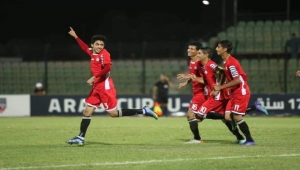 4 weeks ago
Leave a Reply